We made several small-but-important updates to The Sample last week. First, as you may have noticed if you're subscribed as a reader, we've added a little box near the top of the emails with your most important settings: 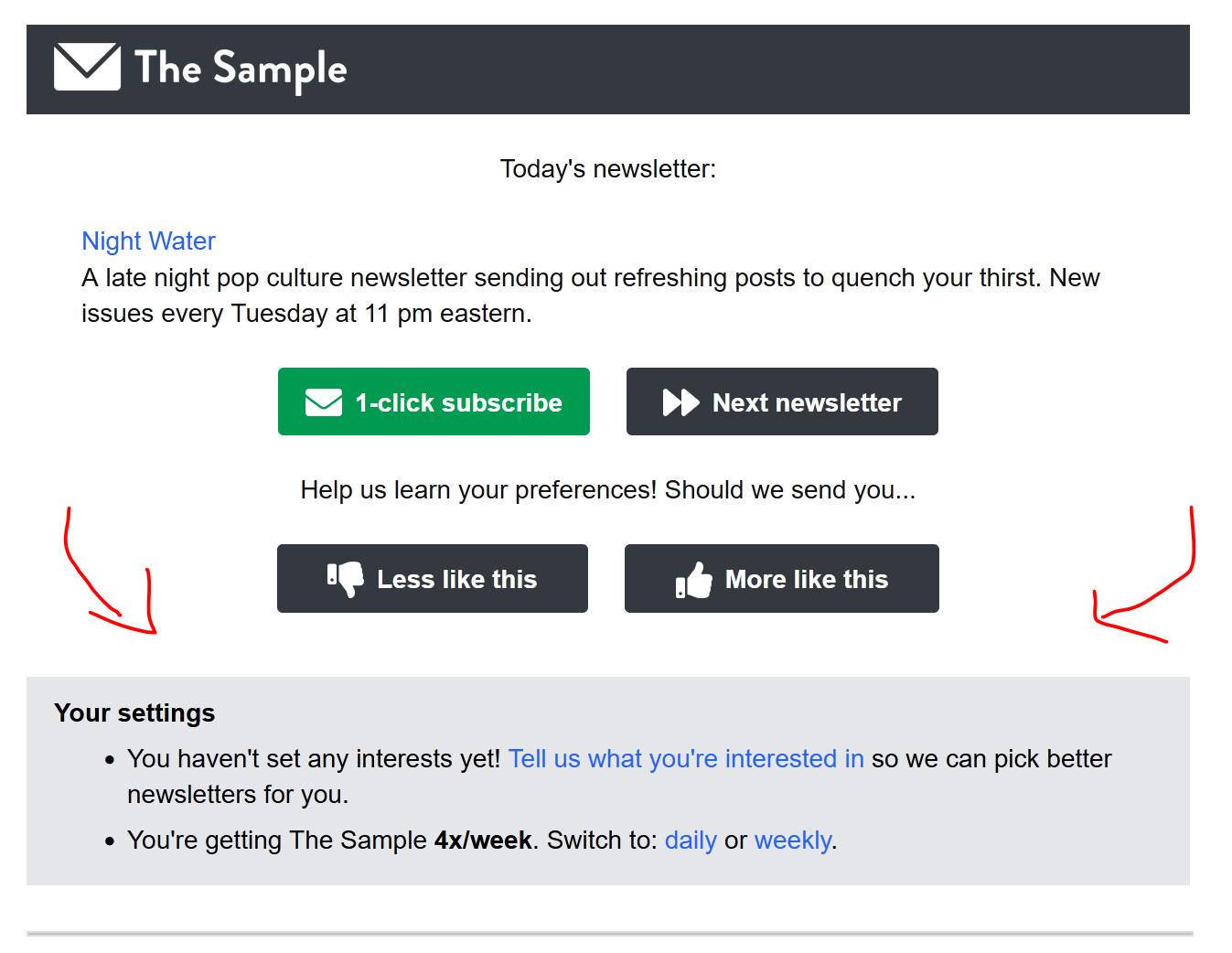 Although we send daily emails by default, hopefully this will help everyone be aware that you can reduce the frequency. We are also running an A/B test where some new users start out with 3 emails/per week (Monday, Wednesday, Saturday) instead of daily. I'm planning to run that test for a long time. In the short-term I'm confident daily will result more 1-click subscribes; the question is if lower frequency wins in the long-term by not overwhelming people.

As you can see from the first bullet point, we're also trying to get more people to set their interests. Besides the settings box above, new subscribers now see this page immediately after subscribing: 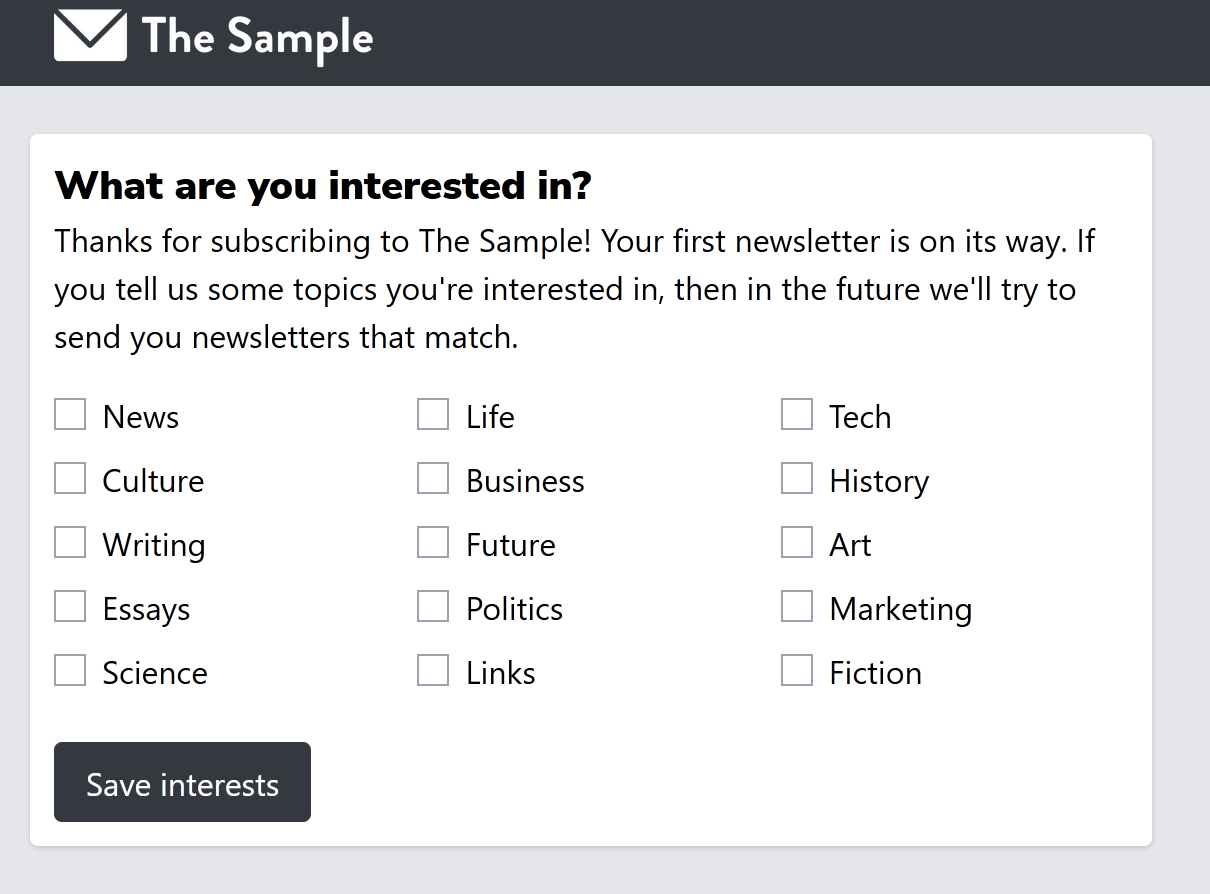 Some ongoing tests we've been running for many months show that having access to users' interests can boost the number of newsletters they subscribe to by up to 100%.

Plus, we finished those significant-algorithm-changes I mentioned last week. We're now making better use of users' stated interests, so all the more reason to try to get more people to set them. Though the A/B test for those algorithm changes is still running, so we don't know for sure yet if it actually helps.

And with that, I am officially putting a freeze on more product changes either until it's clear that The Sample can be a viable full-time business in a reasonable amount of time, or until I have income from freelancing or elsewhere. Hallelujah! A large part of me just wants to hurry up and collect enough data to say "yep, time to start freelancing" and finally be done with it. To that end, or alternately to the end of finding out oh-maybe-this-can-be-a-pretty-good-business, I'll be focusing on various growth initiatives (mainly buying ads, probably) so we can get a medium-to-large influx of new users and then track their retention and other metrics.

By the way: I just wrote an announcement post for a newsletter platform I built. It's not yet ready for mainstream adoption; that announcement is primarily written for other programmers who may be interested in helping to develop it further. However there are a bunch of screenshots (and a GIF!) so you can get a sneak peek at what it looks like.

Comments
Tools for Online Speech
Join the movement. Help us build a better information environment.
This site is protected by reCAPTCHA and the Google Privacy Policy and Terms of Service apply.